A valuable mineral, coral is known as a vegetable of the sea in Japan. The coral skeleton contains several minerals that living coral ingests from seawater in order to live. Currently, we have identified 23 different minerals in coral. Nurtured in nature, these minerals are well balanced, allowing people to ingest several different minerals at once. It has also been found that absorption is improved when you ingest the ingredients contained in whole living beings in combination, rather than as separate minerals. 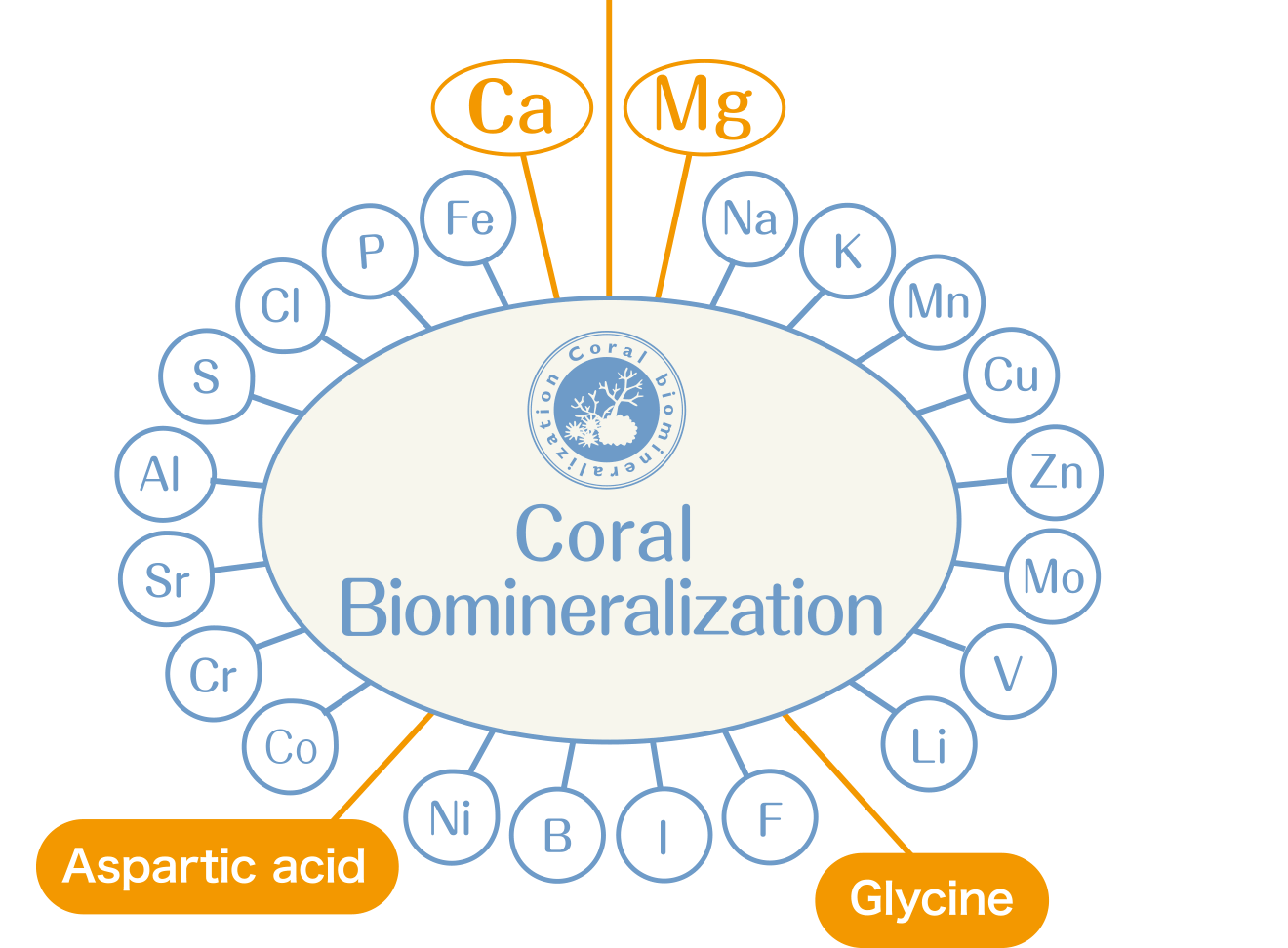 The beautiful coral reefs of Okinawa are said to be jewels floating in the sea.
Absorbing abundant sunlight and sea minerals, coral reefs are home to a wide variety of small living creatures.

The surface of a coral reef is covered with numerous polyps. The polyp is home to larvae algae, known as zooxanthellae, that live within the polyp in a symbiotic relationship, in which the two species benefit each other.

Zooxanthellae provide the coral with organic products and oxygen produced during photosynthesis. In return, the coral provides a safe home, and nitrogen and carbon dioxide that are a nutrient source, sharing the benefits and supporting life.

In recent years, the rising temperature of seawater has contributed to coral algae escaping from polyps, resulting in the bleaching of corals. We all realize that beautiful nature relies on an exquisite balance.

Living coral senses phases of the lunar cycle and supplies energy to seawater and the atmosphere in harmony with the light of the moon, playing a major role in the circulation of water and air on earth.

These small creatures harvest one of the world’s most beautiful coral reefs in Okinawa. Within the rich life enabled by symbiosis, live a wide variety of colorful fish.

Okinawa offers a unique dream of beautiful coral reefs that spread like forests, filling the surrounding ocean with the energy of life. The coral reefs of Okinawa are irreplaceable treasures of the ocean, making us aware of the importance of living with nature. 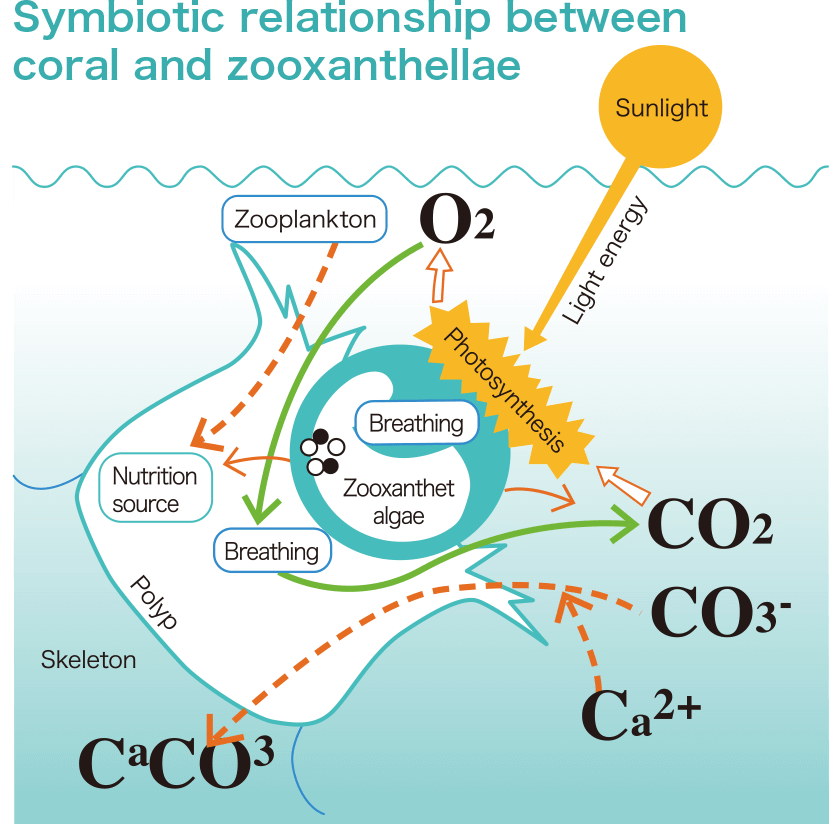 < The microscopic lives of coral and Zooxanthellae >

The zooxanthellae lives in symbiosis with corals in the presence of sunlight, providing nutrition and oxygen to the coral, while receiving nutrition in the form of nitrogen and carbon dioxide emitted by the coral.

Coral biomineralization
Okinawa’s coral reefs harness the energy of the sun and sea through biomineralization, storing rich minerals in the skeleton. We’re committed to using this natural energy for living.